I hugely enjoy both aspects, as the name of the game is improvement and achieving goals set out at the beginning of the year/plan by both me and the client.
When it comes to youth climbers, the rate of progression is faster, they have less inhibitions and with squads, you can set and watch over their entire climbing career. From a bumbly enthusiastic, slightly clumsy 7 year old, to a national winner – the progress is great and the journey is amazing.

I have had a lot of involvement with youth climbers over the last 5-6 years and hopefully it will remain this way into the future.

At the moment, I coach the Surrey Sports Park performance squad alongside Guy Davenport and Morna Middleton.
In 2014, Guy and I took over the squad. They won’t mind me saying that some of the squad were very keen, but technically – well, they sounded like a band whilst climbing – banging and smashing their way up the wall.

From previous blogs you will have seen this has changed. Over 2014 ALL of the squad (now 16 strong) has jumped at least 1 number grade for sport climbing and multiple grades for bouldering.
For example:
2 have gone from 7a-8a/+ and from V5-V8/9
Many from about 6a-7b/c
Some even from 5-7b!

The jumps have been incredible and they have all worked very hard – some more than others, but that shows when it comes round to climbing on the rock or in competitions.

However, they soon got back into the rhythm after a nice rest period over Christmas.

Blokfest was held at the TCA in Bristol for its penultimate round for 2014/15.Many of the squad went down and the results were fantastic – with multiple 1st, 2nd and 3rd positions per category. I was unable to go to this event due to other coaching commitments, but Morna went with the squad and wrote up about the experience – you can read it here.

The fact that they had all done so well gave them the mental edge on the week run up to round 1 of the BMC YCS 2015.
The BMC YCS is THE youth series for the UK.
With climbers split due to age and sex from 7 and 8 year olds through to 16 and 17s.
The oldest category is A and the youngest E.

The first round this year was hosted by Craggy Island, infamous for being one of the first walls in the area – steep, short and hard! The squad had been getting in their training and had all done a recce trip to get used to the walls and setting.
Their training has worked well, with podiums in all bar one category we entered!
The Podiums:
Cat A Boys: 1st Sam Jenner, 2nd Luke Fletcher
Cat A Girls: 3rd Phoebe Dyer
Cat C Boys: 2nd Jake Collins, 3rd Rob Cook
Cat C Girls: 1st Beth Christian, 2nd Kat Davison
Cat D Girls: 2nd Maddy Broughton

Well done must also go to all of the other squad members and another 1st place in the London and south east (northern divide) Emma Futcher for Cat C girls. Emma trains with the Westway squad as well as 1:1s with me.

The setting and organisation was great. One issue with this competition is that all judges, chaperones and organisers are volunteers. This is a great thing, but also lends itself to some troubles with judging at times. One category had all bar two climbers disqualified (from one climb) for brushing another hold with their lower toe – more a hindrance than a help – still, we still had a 1st and 2nd place despite this set back.

We have plenty of video footage and much to learn from performances on the day. I have to say that most of the squad just sat back and enjoyed the competition, as they should have – and as a result, they climbed very well.

Areas to work on until the final round of Blokfest and the next round of the YCS in about a month’s time.

Thanks must go to Climbers Against Cancer for the clothing, Urbanrock for their constant support alongside Scarpa and Crimp Clothing for supporting one or more of our climbers and Surrey Sports Park for the support with the squad.

Here are some pictures from the day: 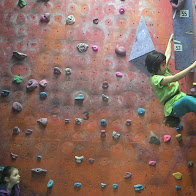 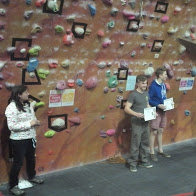 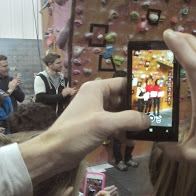 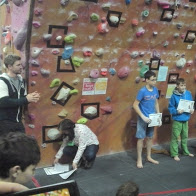 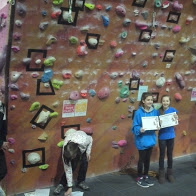 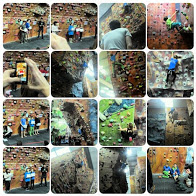 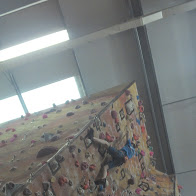 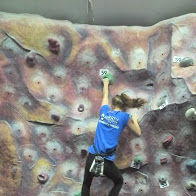 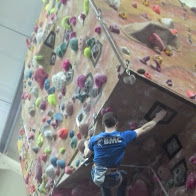 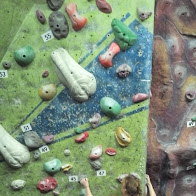 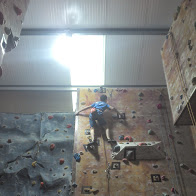 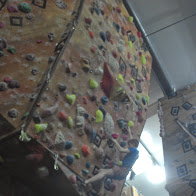 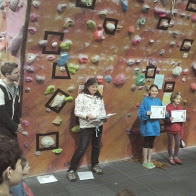