Round 2 for Marmot videos released by UKClimbing.com. This time, Steve and Leah stay in north Wales, but head off to the uber cool “Diamond”, sport climbing venue.

Of course, Lukasz Warzecha and Wojtek Kozakiewicz from Polished Projects were on hand to get it all filmed. 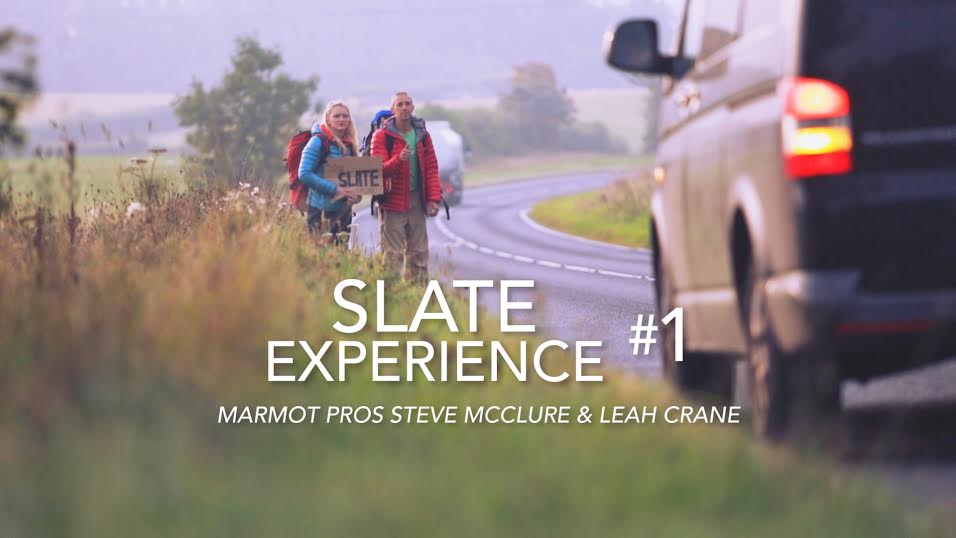 Marmot have been busy recently with their professional athletes Steve McClure and Leah Crane. In the video above, shot by Polished Project, Steve and Leah head off to north Wales to experience the classic slate climb, Mau Mau (E4 6a).

This is part 1 in a series also released by UKClimbing.com.

Watch the video below! 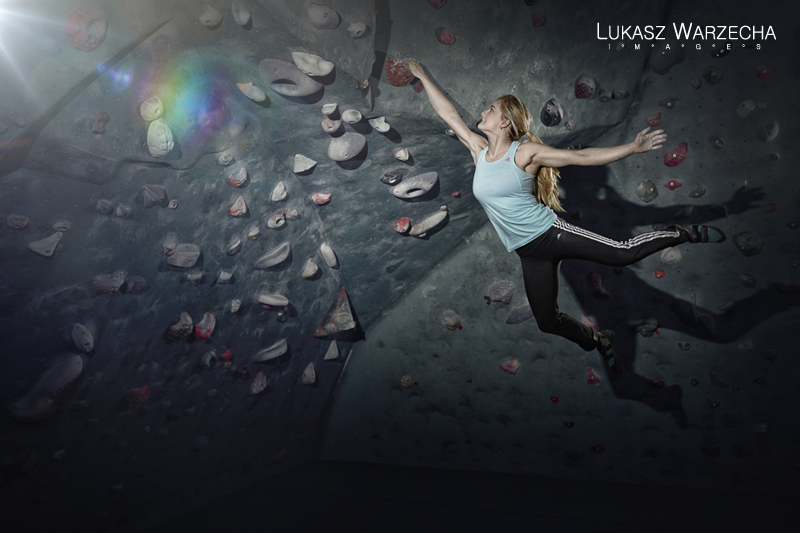 Epic TV have released a video made by Polished Project about why Shauna Coxsey loves climbing so much. It is part of their “Wild Women” series which will be released on their website (see link above).
How she motivates herself to train, how rest days can be rock days and essentially, why she still does what she does.
Shauna came 2nd in the IFSC Bouldering World Cup this year – an incredible achievement and one of the UK’s best ambassadors for the sport.
Having finished the comp season, Shauna is on a rock rampage and has recently climbed One Summer in Paradise 8B (V13) (video) as well as more problems in the 8s! Keep it up Shauna!

The route was put up by Patxi Usobiaga in October 2006 and he was there to watch Adam’s ascent saying it was “the most impressive thing I have ever seen”! Thanks to Patxi for the amazing photo above too.

Adam says it is by far his hardest onsight to date. A great video by Black Diamond – watch it HERE with sweaty tips!!! 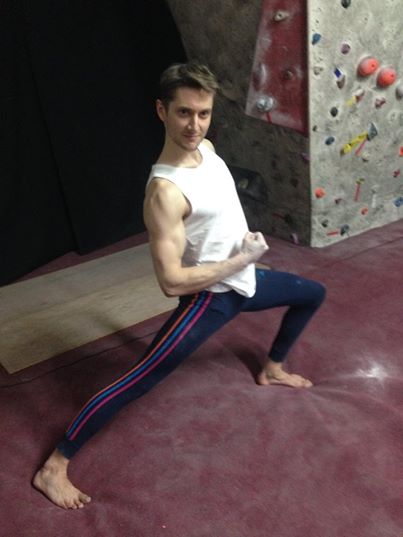 ROCfest Bouldering Comp 5.0 2014
As videos go, competition reviews are not the best – far better to watch outdoor films/snippets etc. However, this video highlight of the ROCfest comp held every year at Rock Over Climbing Centre in Manchester is excellent. Shot by Sebastian Narbutas with a good soundtrack and some interviews – well worth a watch.
Now, like you, I was thinking – 28minutes!!!(???), but you won’t notice it! The third episode of the series featuring Mirko Caballero aka “The Kid Crusher”.

In this episode, Mirko climbs Evilution (V11) on the Peabody boulder in Bishop. According to an interview on Evening Sends, Mirko was always intimidated by this line “I’ve always walked up to Evilution, looked at the glassy crimps on the huge overhang, and then looked up at the long slab above the lip. Hard, crazy and nuts were the words that always ran through my mind.”

“I kept thinking about Jason Kehl, Evilution’s first ascentionist, first seeing this beast, envisioning the unthinkable top out, and doing it.”

After failing on the first move, Mirko kept his motivation high and pushed for his net go…
“This time I stuck the move. I kept climbing. I moved through the next sequence, and soon I was at the lip. I took a moment to calm my breathing and shake out a bit. I knew the next move was really big and hard and committing because you have to make a big lock off with a high heel hook, 25 feet above the pads! I had to execute it perfectly. I waited until I felt ready, then went for it.

My heel hook just seemed to get sucked into the hold. My body moved in one big dynamic and fluid motion, and my left hand just stuck on the hold! This time, it felt so easy … I took a deep breath and focused. There was another 20 feet of sketchy slab climbing to reach the top.

Right hand up, match, and bring up the foot. I locked off and reached up with my right hand and crimped down on the little hold above my head. Once I felt comfortable, I slowly brought up my left foot high. Carefully, I rocked over on it, grasped the left hand intermediate, and bumped to the final hold. I latched onto it!”

Good work Mirko and yet again, a good little film by Three Peak Films and all credit to George Bruce Wilson and the team for the shots.

Enjoy the episode, which has been released through Epic TV and watch the kid crusher tear it up!! Click on the Epic TV link to watch. As most of you will know, Chris Webb Parsons recently left our shores (GB) to go back home to Oz and then onwards to the US. The last year has been an eventful one for him, but this feature length film made by Abstract Normality Media shows Chris’ highlights of the past year – including two Font 8Cs…beast!

Above photo taken by Simon Carter – Onsight Photography shows CWP on his problem, Lonesome V12 in the Black range near Canberra

Three Peak Films and Epic TV have released the second episode of Mirko Caballero on his quest around Bishop.

Watch it here and enjoy!
If you missed part 1, Mirko is a 13 year old climber from California. Although he is only just a teenager, he has climbed 60 boulder problems between V10 and V13 and 70 routes between 7c+ and 8c!! Watch as George Bruce Wilson (from Three Peak Films and man behind the above photo) captures Mirko send some pretty hard problems.

Sasha needs no introduction, and there are many films highlighting her climbing. However, Red Bull Media House have released a new video of Sasha in South Africa climbing a first ascent of the route “Rolihlahla” (Nelson Mandela) 8c+ – a new process for Sasha.

Watch as Sasha talks through the process and 3 Strings Media were on hand to get it on tape.
Great shots, great climbing and a good interview. 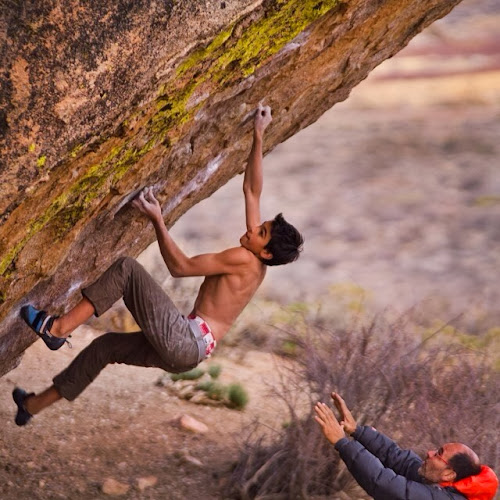 The Kid Crusher – Mirko Caballero
Epic TV have released the first part of the series titled “Confessions of a Kid Crusher” about 12 year old Mirko Caballero. The series, released by Epic TV, is filmed by Three Peak Films – George Bruce Wilson and highlights that climbing is Mirko’s life and he has been doing it for most of it too – hence why he is now crushing V13 (8B), onsighting fr8a and flashing 8b as well as redpointing 8c.

Three Peak Films has shot the series well and it just gets you psyched to boulder – especially in Bishop (if you can take the highballs). For all the mini-wads out there, keep climbing!!!
Enjoy the film here. 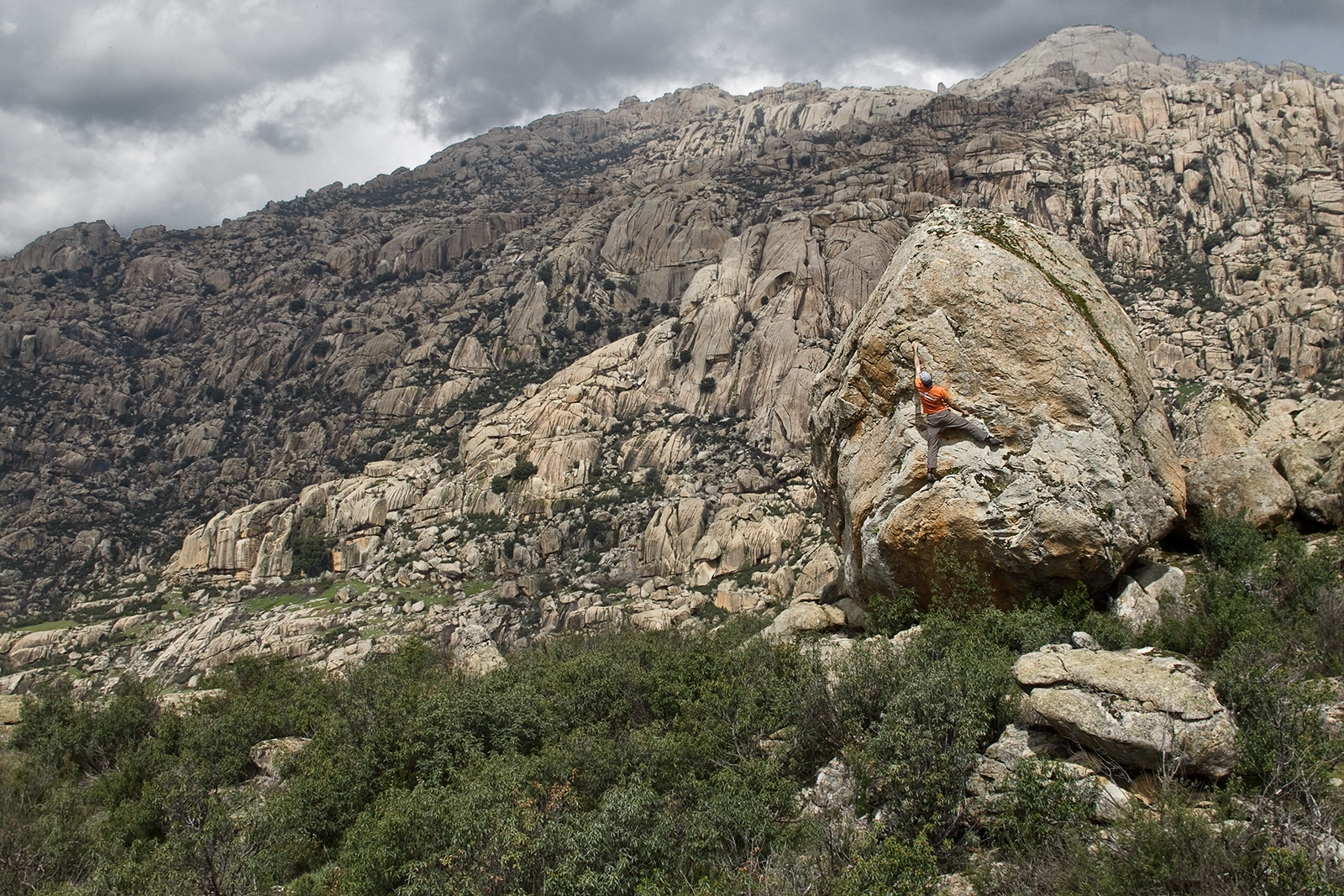 To start this year off, two great videos in the La Pedriza series – Volume 1 and 2.
Great videos, well shot and highlight the great local atmosphere of this granite bouldering paradise.
Looks amazing!
La Pedriza is situated on the southern slopes of the Guadarrama mountain range, Spain. It is one of the biggest granatic areas in Europe. The locals use the Summer to clean and create new lines and the Winter to send – best temps. Find out more about the area using the locals’ website/blog. (You can use the translation tool to change to English).
Enjoy the videos!!!
Check out Volume 1;
And volume 2.
—————————————————————————————————————————–

Eliot Stephens has produced a quality 18 minute video of the infamous Ticino, Switzerland!
From 6C+ to 8B, the video highlights some of the classics and atmosphere of the region!!
Check out the video!! 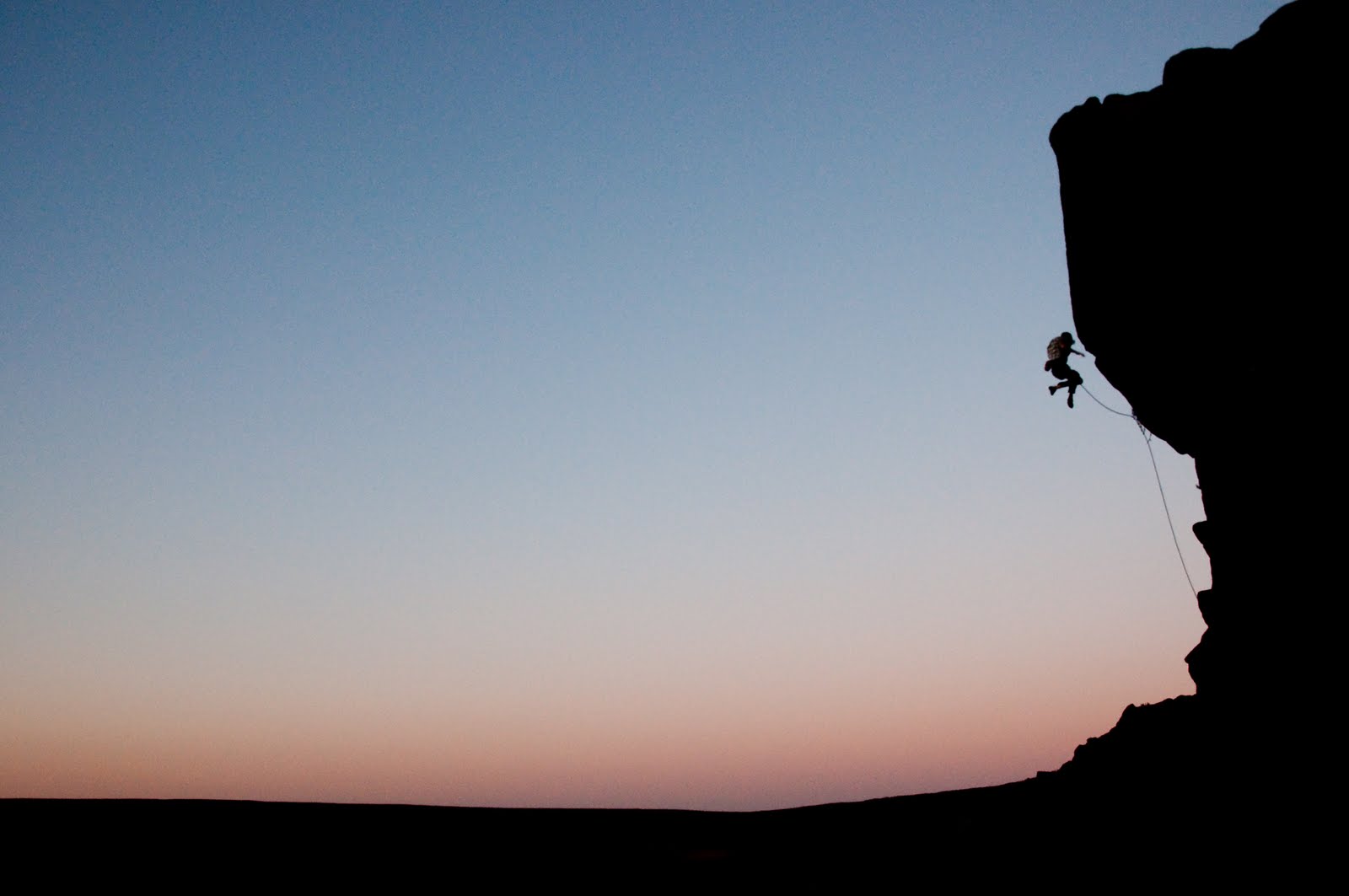 Tim Emmett interviews Will Stanhope
Like a Rocky film, Will Stanhope has made an awesome comeback to climbing following his fall on Parthain Shot (when the flake broke). Tim Emmett interviews Will and asks him about the fall and what he remembers about it as well as his more recent ascents – like repeating Leo’s route on El Cap – The Prophet.
A good interview and a good insight into the mind of someone who has bounced back from a potentially fatal fall.
Watch the interview here – which is part of the Tim’s Diaries series.

John Gaskins Interview
Simon Lee, or Shark as he is “better” known, and Guy Van Greuning have released their video interview with the legendary John Gaskins.
This has been the talking point over on UKBouldering.com for quite some time…and finally it is here!
Watch and enjoy!!

Beastmaker’s Dan Varian has climbed The Rail at Bowden Doors. Varian started trying the test piece back in 2011 and after multiple attempts has awarded the problem V14.

The video, made by Nick Brown from Outcrop Films shows Dan Varian and many of his attempts on the problem. The short video is shot really well and not only gets across some of the effort put into the first ascent and how happy Dan is once completed, but how hard those moves really are!

Definitely worth a watch on Epic TV here.

On the 19th November 2013, Ben Bransby made the first ascent of Parthian Shot in its new state. Nick Brown and Ben Pritchard were on hand to film the ascent for BMCtv. Check out the film here.

Prana release another great video called Generations made by Louder Than 11, looking at one of the most respected names in bouldering – Fred Nicole, climbing in Hueco alongside more current top-end athletes such as Paul Robinson and Jimmy Webb.
The video allows both Paul and Jimmy to discuss the importance of Fred’s achievements and how they had to climb his test pieces in order to put up their own.

Have a watch here.

Simon, or “Shark” as he’s better known on UKBouldering, interviewed Ben Moon a while back about his recent return to the scene. I really enjoyed watching it the first time and just watched it again and it is great.
If you haven’t yet seen it, click on the Vimeo Link to UKBouldering’s page and watch it.

The interview touches on subjects such as; how watching Jordan Buys on Rainshadow got Ben back on the rock; that he has always been mislabelled as a boulderer and has always really preferred routes; Hubble being upgraded to become the world’s first 9a; and his good genes.

Ben has a book coming out in Spring 2014, with Vertebrate Publishing so keep an eye on their website for that.

Make sure you watch the video though – really good to see.

The System Board
Some people love them, some people hate them. This video highlights the strength and power gains that are achievable by having one.
In the past, people have looked beyond the system board and focussed on the woody board. Making more interesting and varying problems up with a greater variation of holds. However, some are suggesting that if you can do a problem leading with your right arm, for example, you should then do a mirror image of the problem, leading with your left – therefore equalising your body’s strength and power – just as we would (or try to) when we campus.

Here is a video by Roberto Bagnoli and Climblock about the benefits of the system board in their eyes – worth a watch.